We do not buy coins/stamps. Phone: just testing
Send us an email: support@bidcurios.com
Order Tracking Wishlist

The Serbia 100 Dinara Banknote is part of the family of notes issued in 1941 to replace the Yugoslav dinar. This 170 x 100 paper money is part of the Nazi occupation overprint and is in uncirculated condition. On its obverse is the national personification Serbia wearing a robe, seated while holding a sword and produce at her feet. It also shows a sailboat along the coast of Belgrade. The back of the Serbia 100 Dinara note displays fruit trees, sailboats, and a man in national costume holding fruit and a shield that has the countrys Coat of Arms. Signed by D.Uzelac and M.Radosaviljevic, this bill has King Alexander Is portrait as its watermark.
Country — Serbia
Issuing bank — Serbian National Bank
Period — German occupation (1941-1944)
Type — Standard banknote
Year — 1941
Value — 100 Dinara (100)
Currency — WWII dinar (1941-1944)
Composition — Paper
Size — 171 × 101 mm
Shape — Rectangular
Number — N# 205117
References — P# 23
Obverse — National Coat of Arms, Sailing boats, and a man with fruits
Reverse — Sailing boats, Town view, and Seated woman with sword 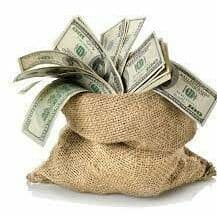 Ready to ship in 1-2 business days

BY INDIA POST (WE SHIP ALL ARTICLE WITHIN 2 TO 3 DAYS AFTER CLEAR THE PAYMENT)
**NOTE :- IF TOTAL DISCOUNT AMOUNT MORE THAN 3% OF TOTAL VALUE OF INVOICE, WE ARE CANCELL THAT INVOICE.**