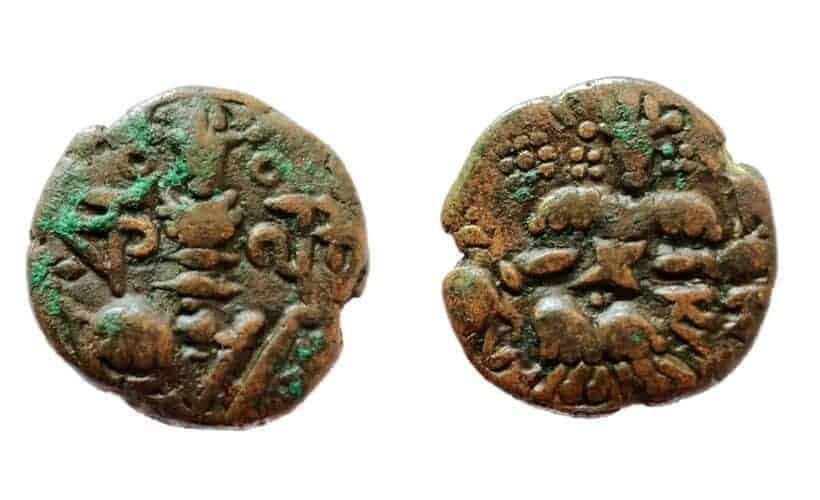 Ksemagupta, King of Kashmir and Didda Rani princess of Lohara dynasty got married, this marriage united Kashmir and Lohara Kings. Didda Rani was so clever, she transfixed the King Ksemagupta and had wholly engrossed his mind such that she had considerable influence in state affairs and the King even carved her name on his coins.

After Ananta’s death, the Rani gave a donation to the troops, and declared Harsha (the son of Kalasa), Raja. Surajmati burned herself with the body of her husband. Ananta’s treasures having fallen to Kalasa, Harsha wished to conciliate him; and though they once met and became reconciled, yet their friendship was soon broken, and differences continued between them until Harsha was imprisoned. The Raja afterwards fell sick, and wished to leave the throne to Harsha; but the nobles who had formerly opposed his son interfered, and the sick Raja willed that the kingdom should be given between his sons, Utkarsha and Harsha. The coin was called Paddka during this reign. Kalasa Deva ruled from 1081 to 1089 AD.

We are experiencing delays in shipment due to the current Covid situation in the country. Your patience is greatly appreciated. Dismiss